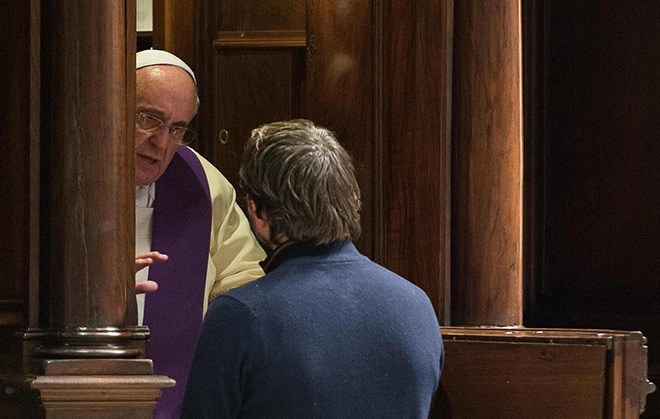 Archbishop Cordileone and the California Bishops are asking all the faithful to contact their state Assembly representative to voice their opposition to SB 360, proposed legislation that threatens the confidentiality of the Sacrament of Penance and Reconciliation. The state Senate has already approved the bill, which would take away from priests and from everyone who works with priests the right to confess their sins with the complete assurance of confidentiality.
Sample letters will be distributed at all Masses Saturday and Sunday this weekend. Please fill the letter and sign it, we will collect all the letters at Mass and send them to the state representative.
In the picture above Pope Francis hears confession from a man during a penitential liturgy in St. Peter’s Basilica at the Vatican. (CNS photo/L’Osservatore Romano via Reuters).
+ Google Calendar+ iCal Export