The Investiture of the Altar Servers will be at Star of the Sea, at 11:15am before the 11:30 High Mass on September 15. Fr. Mathias will confer on the Altar servers the pendant of St. Tarcisius. 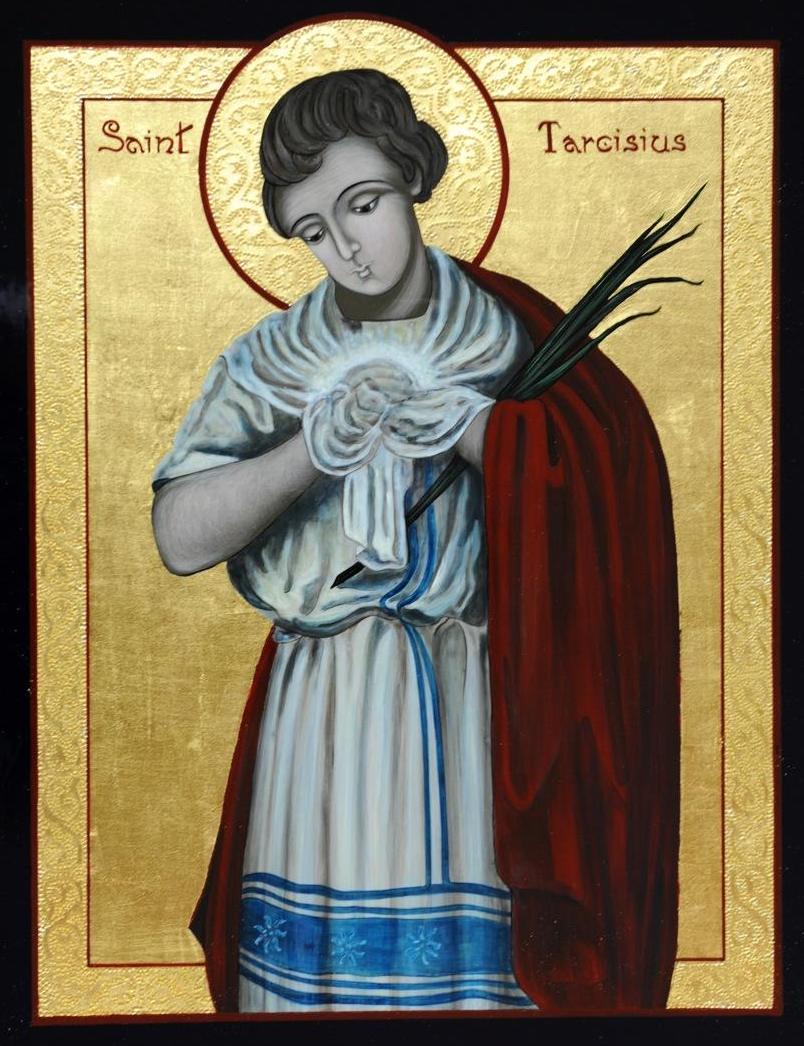 Saint Tarcisius was a martyr of the early Christian church who lived in the 3rd century. The little that is known about him comes from metrical Inscription by Pope Damasus I who was pope at least a century later.

He preferred death at the hands of a mob rather than deliver to them the Blessed Sacrament, which he was carrying. As Damasus compares him to Saint Stephen, who was stoned to death, this may have been the manner of his end. His story was greatly expanded by Nicholas Cardinal Wiseman, who portrays him as a young acolyte in his novel Fabiola, or the Church in the Catacombs.

He was originally buried in the Catacombs of San Callisto, but today his relics rest in the San Silvestro Capite church in Rome. His feast day celebrated on 15 August, but, since that day is occupied by the Solemnity of the Assumption of Mary, he is not mentioned in the General Roman Calendar, but only in the Roman Martyrology.

He is the patron saint of altar servers and first communicants. The municipality of Saint Tharcisius in Quebec, Canada, is named after him, as well as a 77-pound bell in the Stephansdom in Vienna, Austria. Blessed José Sánchez del Río was nicknamed “Tarcisius”.

Star of the Sea Church